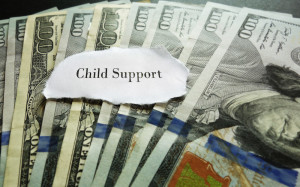 The courts are making stepparents STEP UP in Pennsylvania child support cases.

In cases where a parent has remarried, the income of the new spouse has typically been considered off-limits and not a consideration when awarding for child support.

In a recent published opinion, J.P.D. vs. W.E.D. (Pa. Super. May 5, 2015), the Superior Court of Pennsylvania determined that a trial court’s award of child support – which included an upward deviation from the support guidelines of an additional $700 a month – was not an abuse of the court’s discretion. This was based on the fact that father’s new wife was wealthy, and he did not have to rely on his income to support himself.

The Pennsylvania Rules of Civil Procedure regarding child support provide the trial courts with the ability to deviate from the amount mandated by the Pennsylvania support guidelines.

However, this deviation must be supported in writing and must be based on a consideration of these factors:

The J.P.D case is different than the normal child support cases where the courts have allowed an upward deviation.

In the past, the upward deviation of child support was normally due to some type of extraordinary expenses related to a child’s involvement in extracurricular activities or medical needs not covered by insurance or other educational needs. Under those type of circumstances, the expenses were specific to the child.

This recent case is different because the upward deviation in child support was not based on the child’s specific needs or extraordinary expenses, but on the father’s lack of expenses for himself due to his new wife’s economic circumstances.

This case shows that the courts are willing to do what it takes to level the playing field where there is significant financial disparities in the parents’ households. The courts are clear that they apply the concept of basic fairness, which means one of the factors they consider is what is in “the best interest of the child” when deciding an upward deviation.

The courts will not deprive a child of the luxuries that exist in one parent’s household if there is a huge discrepancy in what can be provided in that home and the home of economically inferior parent – even if it means removing the previous secrecy that has surrounded the income of a stepparent in child support cases.

If you have questions surrounding child support negotiations, we’re here to help. Click here to speak with an attorney at The Law Offices Of Greenbaum & Pinto.

Kathleen Greenbaum is a partner at Greenbaum & Pinto.

Get Social With Us!